Special shout out to @parisomidasaden for the follow back via Twitter. Its individuals like her in the culture that surprises & inspires me. So young and creating that extreme fire in the culture. "Pretty" is turning up the culture . Bali baby (@balionabeat) I see u going crazy out here with ya crew. respect. #Godz #PlayGirlGang #ParisAden

I had the honor of connecting with a 16 year old female producer based out of Houston, TX named, “Paris Aden”. Her age is as rare as her gender in the field of Hip-Hop production, so I felt compelled to check more into her story, & how she connected & created records with rising Atlanta “Sugar-Trap” artist, Bali Baby, while networking her way to connecting with current XXL Freshman Draft Picks!

Paris currently has several singles online produced by herself at such a young age with views at; 258,986+ views-(Bali Baby-“Do The Dash”), 230,811+ views-from 4 different links (Bali Baby-“Pretty”), & 13,161+ views- (Bali Baby-“First Day Out”). Her production is already beginning to create a wave, & touch the masses!  Her sound is as unique as her personality, & it was a pleasure connecting with Paris! I appreciate her taking the time out to answer some of my questions about her journey, & career to this present moment in her life. Check out the insightful  Q&A below with such a young rising/budding talent on the beats!

Donnel: Is Paris Aden your real name? If so what made you decide to use your real name in your music career? If not, what was the inspiration behind your name? 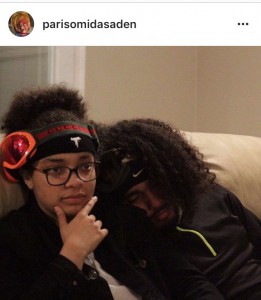 Donnel: What producers and/or artists inspired your sound as a producer?

Donnel: How did you end up connecting with Atlanta rising star, Bali Baby, & are you one of her official producers apart of her PlayGirlGang movement?

Paris: I heard her song Iggady and was like “damn shes fire i wanna send her some beats”. I sent her some beats and one day out of no where she DM’d me on twitter like “yo i love you lmao send more”. s/o to my big sis Bali i love her. After that we just became cool personally. I’m just her first go to producer, she be showing love so i fucks with her.

Donnel: How was it going to SXSW 2017 this year, & what did you end up doing while you were in Austin, TX for the festivities? 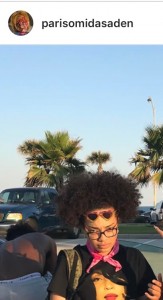 Paris: SXSW was horrible and amazing at the same time lmao. It was just the experience for me. Being 16 driving there alone, being out in clubs till like 4 a.m with my friends. I had like 3 people that actually came up to me and dapped me up and all that lol, i felt like i was important, even though i know I’m not shit.

Donnel: How was the JG&Friends show down at SXSW, & did you ever end up going onstage with Bali Baby at her show or, did you end up connecting with her while you were down there? 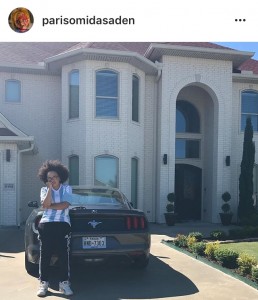 Paris: I might make that drive down to Dallas for his AT&T show. His SXSW show was fun, JG doesn’t disappoint. Had the underground really jumping that day. Me and bali talked SXSW week and had planned to link but we just couldn’t make it happen by everything being so… i guess everywhere.

Donnel: Can you give me the process of how it was creating the “First Day Out” & “Pretty” records by Bali Baby?

Paris: For First Day Out, Bali was in jail and had her manager DM me asking to sample Akon’s song “Locked Up”. At first the beat was way faster, but when she got out she asked for it to be slowed and i sent it back and she got it done the same day and it dropped. For Pretty I didn’t intend for the beat to get taken, honestly in my eyes it was throw away. But thats actually not the original beat. The original beat i had made was the Paris Aden style. The one i Bali hopped guess we can call Version 2. I just stripped of the drums and thought of a more Atlanta trap type style and laid it down kind of as a spoof lmao all love to ATL though. I guess it just went hard and she caught the sound. I don’t like this version 2 personally though, it doesn’t sound like my beat. The original one (version 1) is my actual brain at work with my passion in it.

Donnel: Have you connected with any other prominent artists or rising artists in regards to working with your production & the Paris Aden brand?

Paris: Not gonna lie I have met allot of great people, but, Nope. People straight disappoint me. Like I would be so excited for something i’m working on and some artist I know would agree to collab and hype me up like, “Yea man i got you ill work asap, oh you need it done by this time i got you.. etc etc.” and end up leaving me hanging. But I’ve accepted that nobody has to do anything for me and I don’t need anybody so, yea when all my shit blows know I don’t owe anybody anything.

Donnel: How did you end up connecting with XXL Freshman Ugly God, & what is your relationship with him like?

Paris: One of my managers is good friends with him and we all ended up linking when he was down here for his show with Nessly and them. Yes cool as fuck, he’s super goofy, real cool to be around he’s so pure in the heart.

Donnel: What was the experience of meeting Lil Yachty like, & where did this encounter go down at?

Paris: I went to Young Thugs show down here in Houston and Yachty was a headliner. After his set he announced he was going to the merch area to take pics etc. I pulled up one of our DMs to let him know who I was because I sent him beats like 2 years ago before he blew and he told me I was fire and to send more. Ive know him since around the song “ lil boat” produced by Digital Nas was just out, I don’t even think he went by “Lil Yachty” yet back then. Its cool seeing somebody grow like that.

WE DONT WEAR THESE MOTOCROSS PANTS FOR NOTHING 💁🏼

Donnel: What led you to getting into motor-cross, & do you have any other interests outside of music?

My dumb ass fell 5 min after

Paris: Ever since a kid I was a daredevil tomboy. I broke each of my arms twice and each of my wrist once. To be honest I just never gave a fuc* and still dont. I love thrill. Bikes are actually kind of new to me. I used to just ride ATVs and a kiddy MX bike without a clutch and shifts all that, so I guess Ill say the big boy level stuff like big 250cc-450cc bikes I just got into riding, I’m a fast learner so when i rode a 250 with a clutch for the first time everybody thought I’ve done it before, but actually I just winged it lmao, that shit super dangerous.

But I love car racing too, I watch NASCAR often, I’d love to go see it in person at the track. I plan on modding my Mustang and taking it on this track in Houston and taking a class and getting my racing license when I turn 17, but yea, the cars and motorcycle thing is in my blood. My uncle used to race street bikes, my other uncle used to collect big ass Harley choppers and work on Vintage cars.

Above the music dream and shit I want to have partnership in a few exotic car dealerships and be a director for maybe Ford or Pagani or ya know. shoutout to the Scuderia Ferrari team. Its just always been around me. But other than Motorsports, I love fashion and shit. Like my clothes mean everything to me. I always keep like 2 extra fits in my car just in case i feel like changing etc. I want to style some people one day.

Donnel: If you mind us asking, who is your mother in the Houston music scene, & how does she feel about your most recent success being a producer?

Paris: My mom used to be affiliated with UGK way back in the day, she went by the name INFINITY. It was the Port Arthur scene, that real TRILL shit. I remember being extra small in the studio, it was a different scene then it is today, artist used to be united and positive. Nowadays people hop on somebody else’s boat just to build their own and take off, that shit not real.

Donnel: Can you give us the process of how it was creating “Bali’s Play 2: Intro” & “Do The Dash” records for Bali Baby?

Paris: For the intro Bali hit me again one day asking to sample Chucky and I was like, “Hell yea that shit gonna be fire check your email in 30 minutes” lmao. She ate that beat. It was one of the beats I had to put myself in a certain mood to create the dark but hype vibe. I didn’t want the beat to sound like any-other type of beat that would be on the tape, it was the Paris Aden sound man.

If I could describe the beat I couldn’t say modern trap, its more of a electric. For “Do The Dash” I was so confused when she said she fucked with that beat. I made that when i was 14, it was just a beat I thought at the time was decent enough to send in a pack lmao. I remember when I made it I had it in my mind that I wanted the beat to have a hard ass switch up on some moshpit type shit. The song was short and that didn’t really kick in but the song is still dope so its cool.

Donnel: Is there anything else coming up for Paris Aden in 2017 as we head into the final quarter, & are there any other artists or producers you would like to work with moving forward in your career?

Paris: Honestly, im not sure if ill be on the music shit so hard anymore. The music scene just isn’t what I’m looking to be into anymore, after what i saw during SXSW its just a popularity contest now. I feel like I’m destined for something way greater that this. Hopefully i can get into Rice University or a college out of the country and get my PHD or do the car dream. oh and like my last interview guys i got another damn speeding ticket, 85 in a 65 but Ima beat that shit in court next month, love yall. 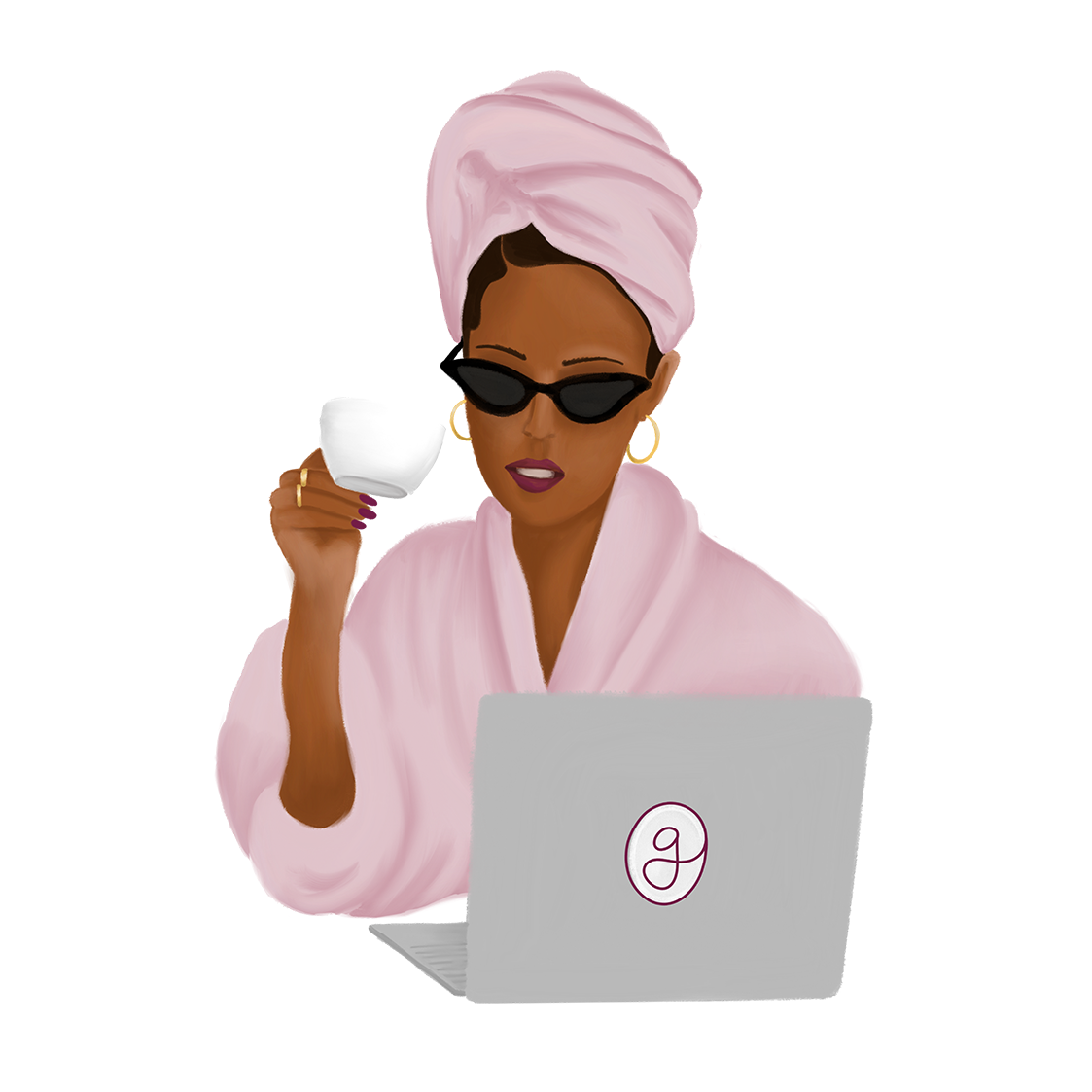